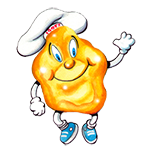 Iggy’s Doughboys & Chowder House is a Rhode Island dining landmark with two fabulous locations. Iggy’s has been awarded Best Clam Shack honors from Rhode Island Monthly Magazine and featured nationally on CBS’s The Early Show Taste of America series as their pick for the Best Clam Chowder in the US. Our Narragansett location is open seasonally and features the award winning chowder, clam cakes, and doughboys as well as a range of other local favorites.